Cotebrook Village Hall has been serving the village community
of Cotebrook near Tarporley in Cheshire since 1939.

It was primarily due to the enthusiasm of local Cotebrook village residents that created the idea of building a village hall for the benefit of the community. In 1937 it was decided there was a possibility of starting a building if the support of the Carnegie Trust could be gaining. The local residents wanted a building with plenty of space for the social activities of the village and deemed it must be a house that was a credit to the neighbourhood. 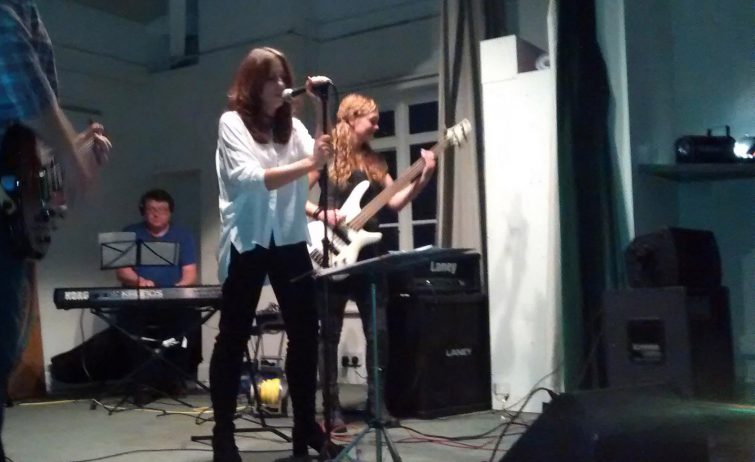 Having secured funds where to build at the Hall became the next problem. Captain the Honourable Hamilton-Arden generously donated the grounds upon which the Hall was to be built. The original village hall committee secured the excellent services of architects, Holt and Glover, whilst the community were fortunate, too, in securing the services of Mr Nixon of Kelsall, as builder.

Completed in 1938 the new Hall was opened by Lady Grisel Baillie-Hamilton and the ceremony was attended by 200 people. It was recorded, at the time, that the Hall had been erected for the happiness of not only in the village but for people over a far reaching range.

The Hall has always been at the forefront of the community and during World War II even played its part as an evacuation centre for elderly Liverpool residents wishing to escape heavy bombing of the city. Successive generations of residents continued to use the Hall as a gathering and meeting place. This continues today and serves well the local community, residents, guests and friends.

Following substantial refurbishment, particularly the rebuilding of a single-storey front elevation in 2018, the Hall’s facilities are modern, bright and warm. The main hall offers a large stage for various performances, including bands, choirs, performers and speakers. Modern kitchen facilities allow for catering of up to 100 people. Ample car parking and modern disabled access and facilities ensure further comfort.

The place of Cotebrook Village Hall, in serving its community and residents in Cheshire, is today as relevant as it was when it was originally conceived.